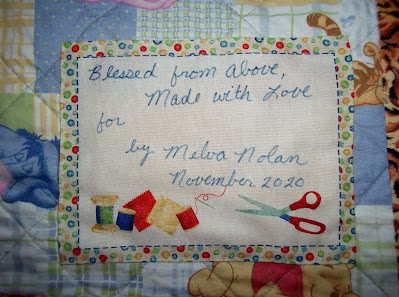 ✔  Sew on a label - it still needs a name, but I will wait for the little guy to arrive for that. 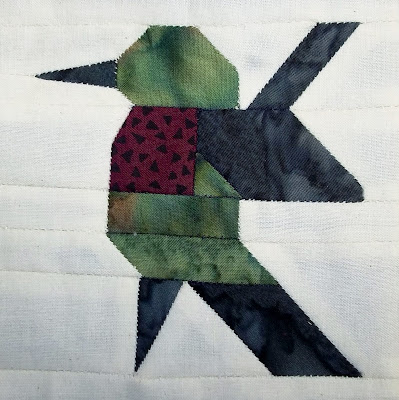 ✔  Postcard blocks - As I had anticipated, I didn't get very far with this one while we were away... but I took the time to finish it yesterday as I recouped from our time away and a busy weekend.

This little hummingbird still needs an eye embroidered, but I think he turned out pretty cute!

Our time away was fun, wild and crazy and boy do we have stories to tell!  lol. 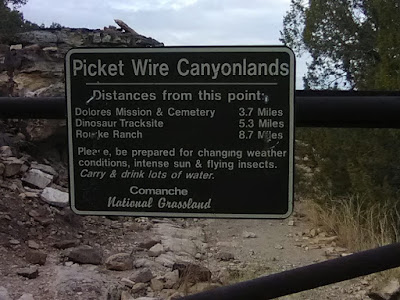 In the Purgatoire River bed at the bottom of Picket Wire Canyon is a trail of dinosaur tracks.  This, in my mind, was the ultimate destination.  However, it was a good distance...

And the other sign that was at the trailhead was a bit daunting... 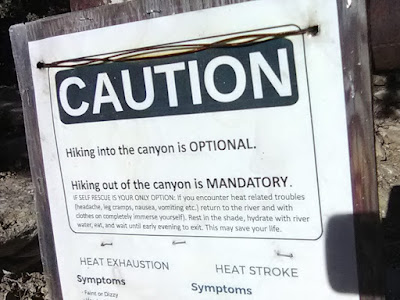 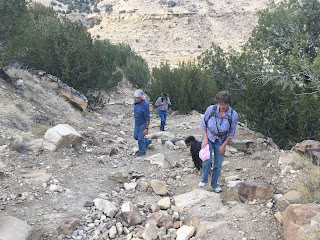 We descended on foot on the first afternoon... thinking confidently that we would be able to make it to the Mission.  Ummmm... didn't happen.  We did make it to an abandoned homestead. 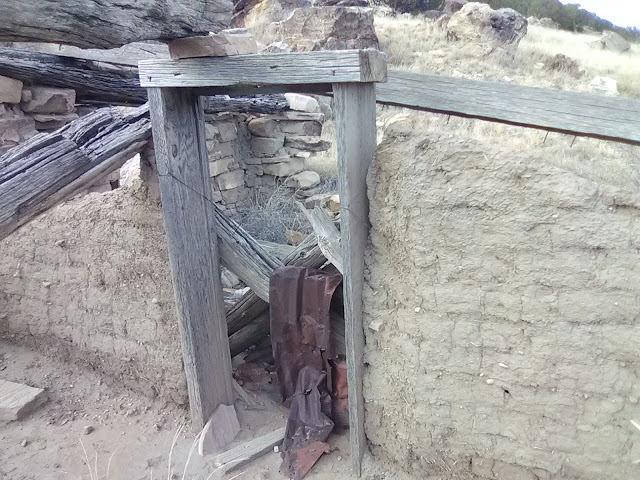 And were able to scout out the path prior to our trek with the bikes.  The next day we were loaded up with lunches, snacks and lots of water. 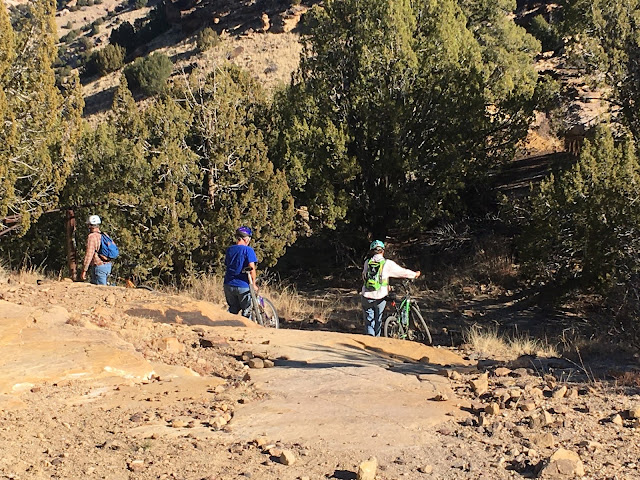 The sign at the top of the trail suggested we be prepared for flats... We were!  Two spare tubes and a patch kit with six "scabs".  We'll be good... 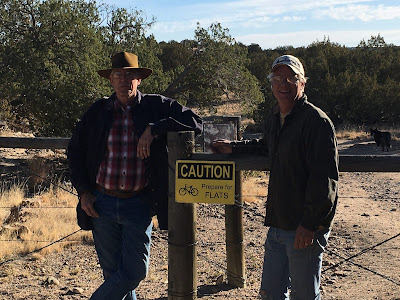 I was concerned about my tires because the back tire is nearly bald from our trip down the mountain at Telluride last year (another crazy idea/adventure!)  We enjoyed the ride once we reached the bottom of the canyon, visited the homestead a bit more and then headed toward the Mission.  Sadly, the first flat came before we reached it. 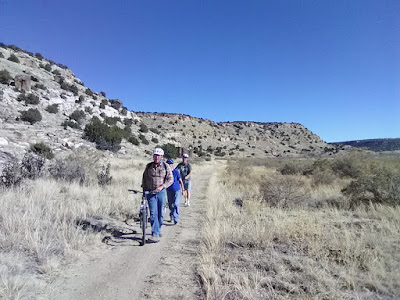 We used the pump and ride as far as you can method until we found some shade.

We had made the pact at the on-set, "when one walks, we all walk". 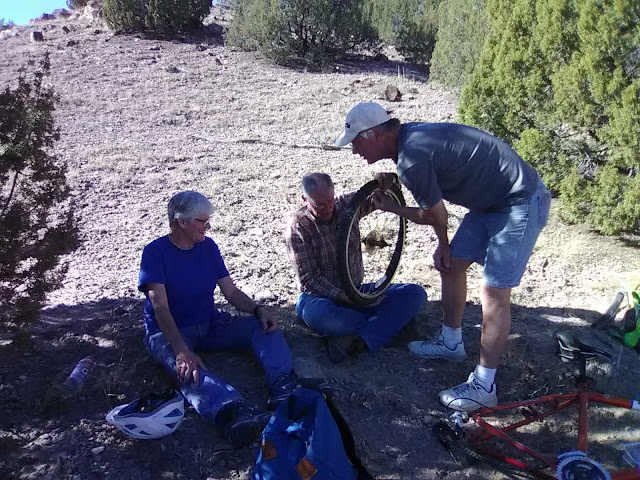 We made the necessary swap out of a tube and we were on our way once again.  With a few more "distractions" before we reached the Mission site, we laughed and talked along the way.  It was a much needed time of socializing that we all needed. 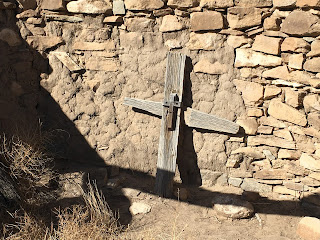 After taking in the scenery and inspecting some of the gravestones we were on the move again. 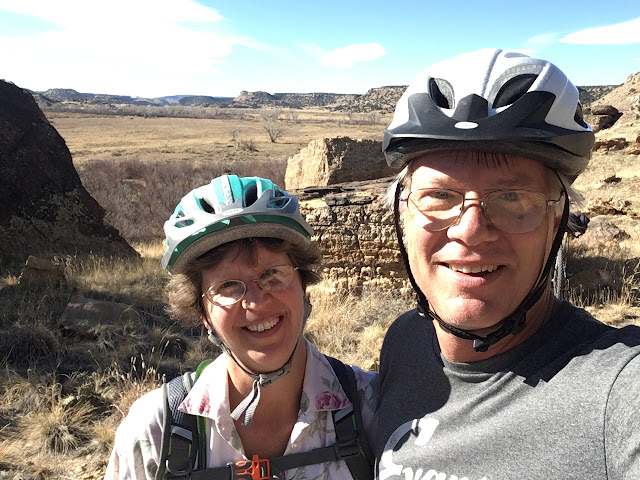 A few more "walking sessions" took place because the tires were leaking nearly as fast as they were getting filled, but at long last we arrived at the dinosaur tracks! 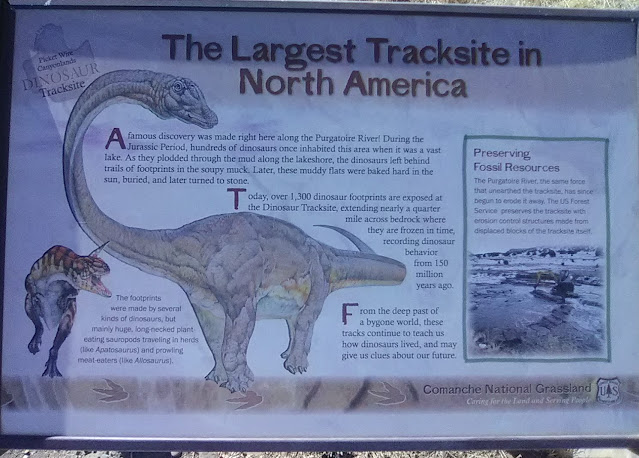 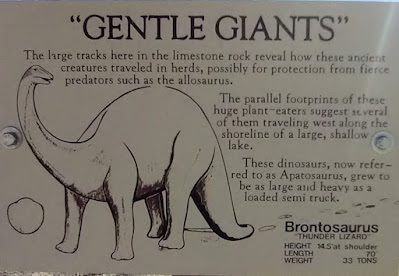 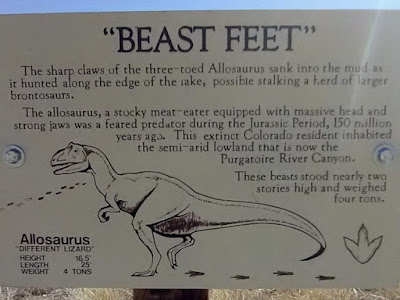 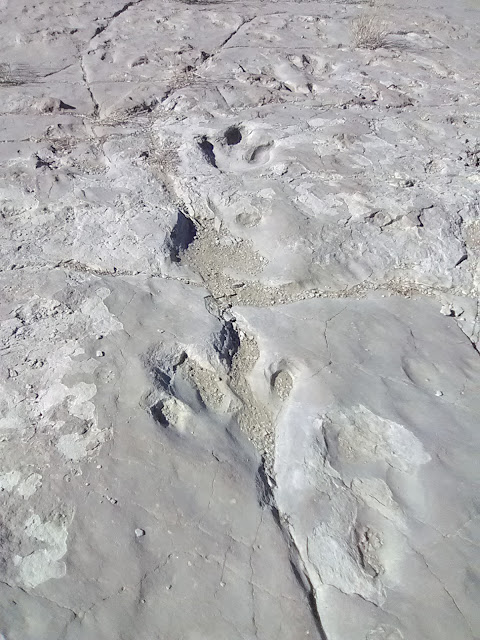 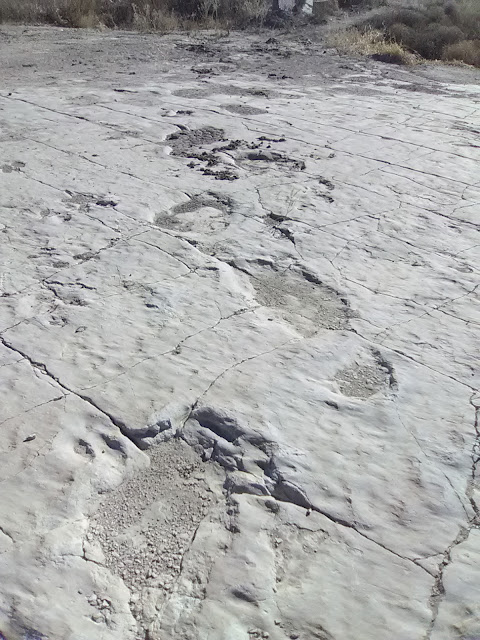 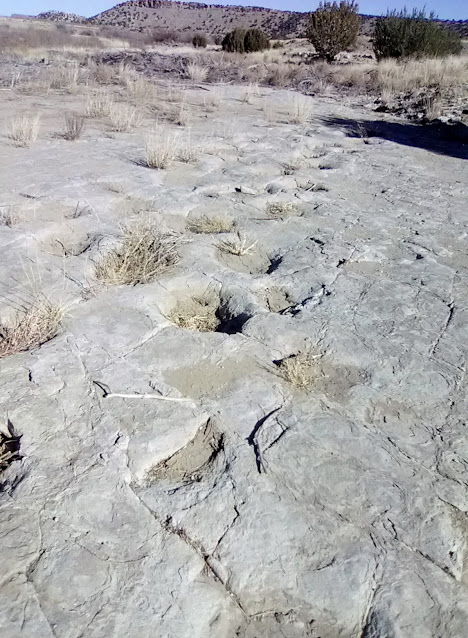 Since we were by the river, we took advantage of the water and found/repaired the punctured tubes so that we could make our way back out of the canyon... after all, remember, it was MANDATORY! 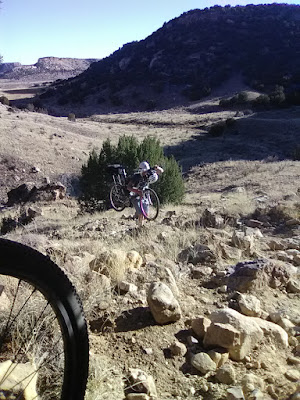 While we were there we ran into another hiker who told us about a "shortcut" back out.  We were up for it, but in the end, I'm not sure it was a shortcut.  While it may have cut off some distance, it was rigorous and rough!  The trail was a single track and it was impossible to keep the bike on the path AND walk in the path.  We were dodging cactus on the left and the right and at one point it became rocky, rough and narrow.  So much so that we had to carry our bikes through a section.
It was rOuGh... but we made it to the rim of the canyon! Woohoo! 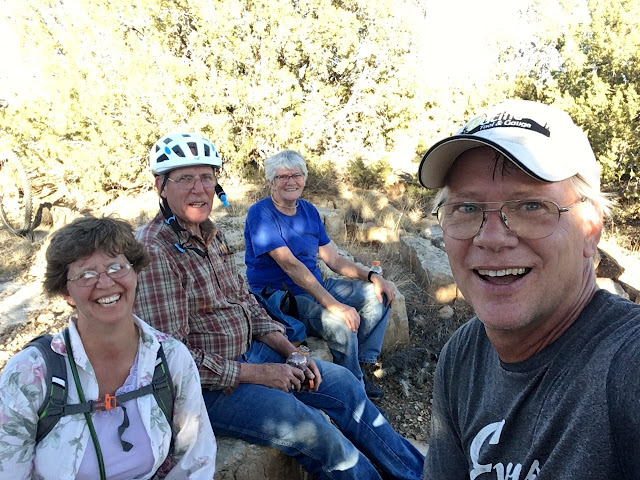 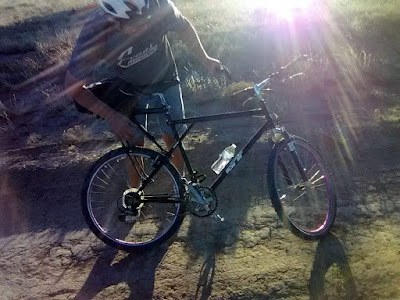 And then it happened... one more flat tire - this one on Dave's bike. 😭  We had no more patches and we had taken the bad tubes and lined the tires of the "problem" bike to reduce the occurrence of the flats.  We resumed the pump and ride fast and as far as you can.  We had sent our friends on ahead for the truck to pick us up.
Keith arrived with his "chariot" when we were just .7 miles from camp.  Dave refused to give in so close... He had stopped to pump for one last time and the pin that held the handle in place had fallen out.  *UGH*  We were so close.  As Dave pushed his bike to the back of the truck the missing pin was found... laying in the middle of the road!  We were back in business.
Oh. My. Gosh... We made it back on our own wheels! Wow!
After consuming copious amounts of water we celebrated with some happy hour beverages and watched the sun set again.  It was gorgeous! 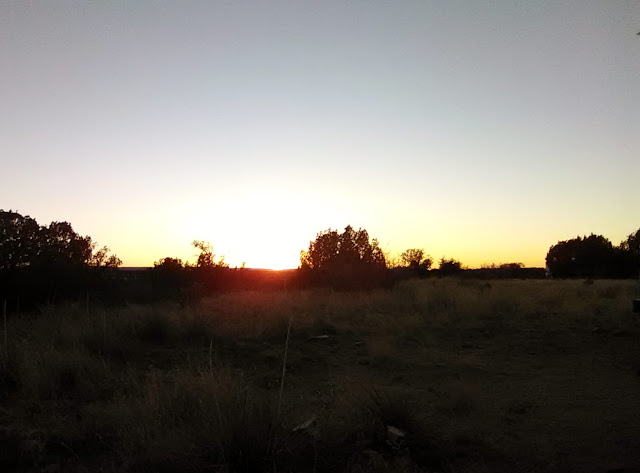 So... never think that you are over prepared... and always give thanks!
As for my To-Do list for next week?
#1 Give thanks and enjoy Thanksgiving Day with our little family on Thursday.
#2  Spend a little time in the studio doing something creative... I have no idea what, but, I will certainly find SOMEthing.
Be blessed and stay safe!

Melva Loves Scraps - Home of the Pieces From The Past Sew Along
that features vintage Kansas City Star quilt blocks!
Linking with:
Monday Making at Love Laugh Quilt
Design Wall Monday at Small Quilts and Doll Quilts
To Do Tuesday at Home Sewn By Us
Mid-week Makers at Quilt Fabrication
Wednesday Wait Loss at The Inquiring Quilter
Can I Get A Whoop Whoop at Confessions of a Fabric Addict
Off The Wall Friday with Nina Marie
Brag About Your Beauties at From Bolt to Beauty
Peacock Party at Wendy’s Quilts and More
Friday Foto Fun at Powered by Quilting
Finished or Not Friday at Alycia Quilts