Pieces From The Past - The Maple Leaf

Today's letter is from Erich Vogel and he had much to say!  His writing was quite small and he includes plenty of details.  If you close your eyes, you can almost feel as though you were there with him. 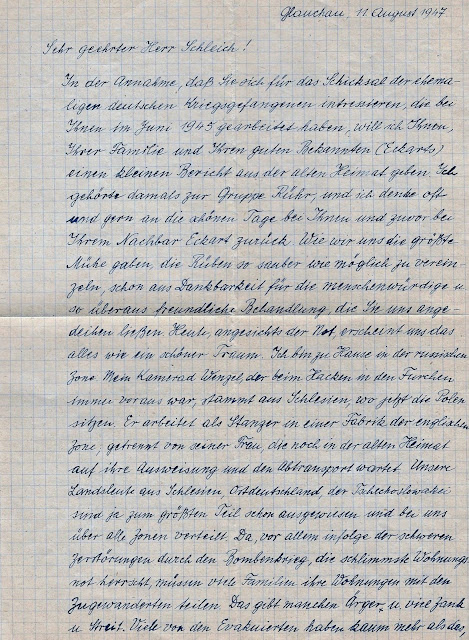 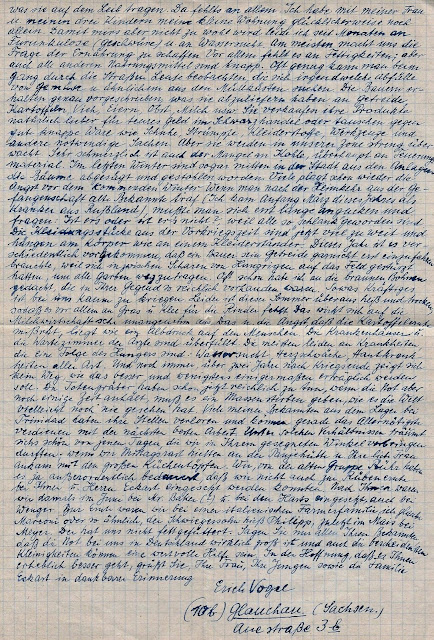 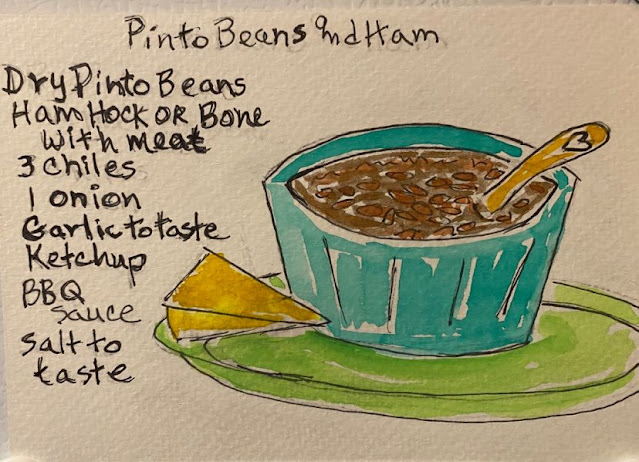 When I asked Mom why Dad's recipe was different from what Glenda had she explained that "until he was in his early 20s and started spending more time with his friends in town he had only known his Mom's or other family member's cooking" - pure German!  He is the one in the cowboy hat in the picture below. 💗 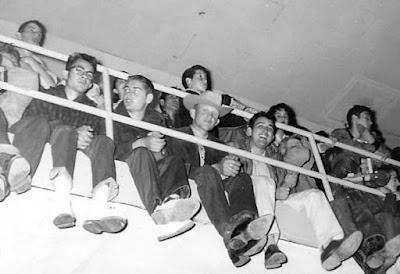 His friend Joe, who was an Italian, introduced him to Mexican food at a local restaurant and the rest was history.  His Mom's food was still good, but Dad definitely like spicy and flavorful!  In his retirement he enjoyed watching FoodNetwork and often wanted Mom to watch with him and try various recipes.  She wanted nothing to do with it. 🤷
Earlier in the letter, Mr. Vogel mentions his friend Wenzel, who was always ahead of everyone when hoeing the furrows.  This friend Wenzel was the author of a letter dated November 18, 1946 and published with the Dragonfly Block.  You may remember him because his post-script made mention of the request to make an alarm clock into a wrist watch.
Mr. Vogel wrote of his poor health with open sores and dropsy... I had to look it up.  Dropsy is edema, but I think he was really referring to famine dropsy which is occurs with the hypoproteinemia of low protein intake occurring as starvation of a large population group.
Mr. Vogel's concern for the drought affecting the grass and clover for the cattle, and the milk supply and the effects on the potato harvest did nothing to help relieve his and his fellow citizen's anxiety.
His plea for "the least little thing" was undoubtedly a subtle request for one of the CARE packages also mentioned in the Dragonfly Block.  You may remember, the cost of the CARE packages was only $10.  That was a good chunk of change in those times, and with inflation that $10 converts to $131.48 in today's currency.
The ability to draw on his personal memories of his time spent at the "blessed corner" is, no doubt, what kept him going.  Even though it was only August when he penned the letter, he was already concerned about the coming winter and the lack of coal and heating supplies.  His mention of trees being cut down at the center of the city the previous winter is reminiscent of Christian Fruehbuss's letter with the Pine Burr Block.  It is again the reason that I chose the Maple Leaf Block to accompany this letter.  This simple block will measure 9-1/2" square when pieced. 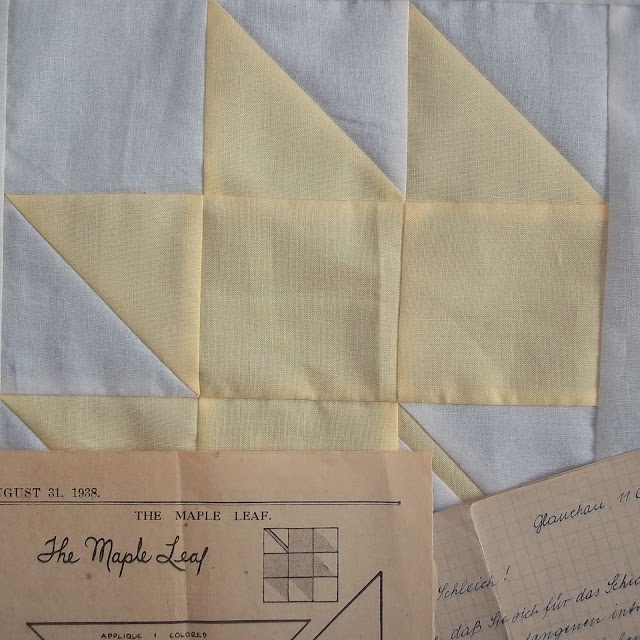 Now is the time to head over to payhip to grab the free pattern, pull your fabric and start piecing.  When you are done be sure to come back and link up for the chance to win a free fat-quarter.  If you would prefer to email your picture to me, I am happy to link you up.  Send me a message at MelvaLovesScraps@NolanQualityCustoms.com.  Don't forget to tag me on fb (MelvaLovesScraps) or instagram (@melvalovesscraps) and use the hashtag #piecesfromthepastsewalong so that everyone can see your beautiful fall leaves. 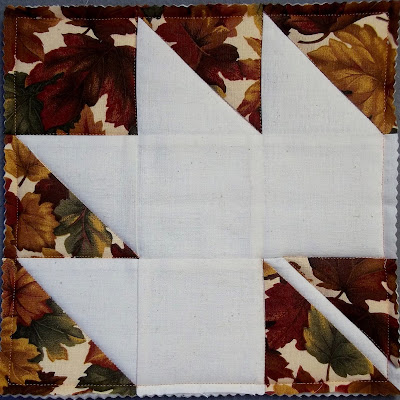 A few weeks ago I saw a maple leaf block done in reverse and called Falling Leaves... I just had to give it a try!  And now I have another (much needed) hotpad.
I, personally, am not a big fan of pinto beans, unless in chili... How about you?  Must have?  or Pass?
Was there something else in the letter that spurred a question or thought?
Leave a comment... you know I love when you stop by for a chat.  As one of my long-time readers stated... it is like having a visit with a friend.
Piece happy!
Melva
Linking with:
Colour & Inspiration at Clever Chameleon Quilting
Put Your Foot Down at For the Love of Geese
Needle & Thread Thursday at My Quilt Infatuation
Creative Compulsions at Bijou Bead Boutique
BOMs Away at What A Hoot Quilts
Can I Get A Whoop Whoop at Confessions of a Fabric Addict
Off The Wall Friday with Nina Marie
Brag About Your Beauties at From Bolt to Beauty
Peacock Party at Wendy’s Quilts and More
Friday Foto Fun at Powered by Quilting
Finished or Not Friday at Alycia Quilts
Oh Scrap! at Quilting is More Fun Than Housework
Sunday Stash at QuiltPaintCreate
Patchwork & Quilts at The Quilting Patch
Monday Making at Love Laugh Quilt
Design Wall Monday at Small Quilts and Doll Quilts
Scrap Happy Saturday at Super Scrappy
Posted by Melva at 12:01 AM