I thought that since I am currently traveling, I would revisit with you a story from 2 years ago recounting our visit to Galveston, TX... the place of entrance to the United States for Phillip & Katie Schleich... and if all of our plans work out correctly, we will be on that island exploring again! 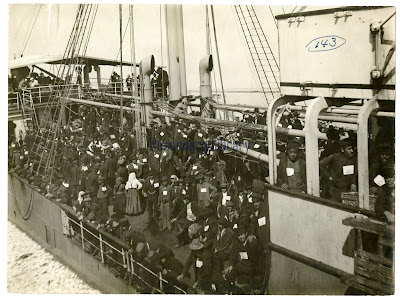 In Texas-sized Trip II I shared all of the pictures and details of our adventures as well as the research that I was able to do while there.  Having the chance to retrace the footsteps of my grandparents was meaningful and I hope to continue with our trip this year with a visit to the train station that they would have gone to after passing the health inspections on Pelican Island.  They were bound for Kansas... I also want to see the movie, Galveston – Gateway on the Gulf. "This film gives a history of Galveston as a port of entry for more than 133,000 immigrants."
If you have an interest in the details of what I shared then, you can follow the link above.
At the time, I was freshly immersed in the Pieces From the Past Sew Along so the details were fascinating to me! 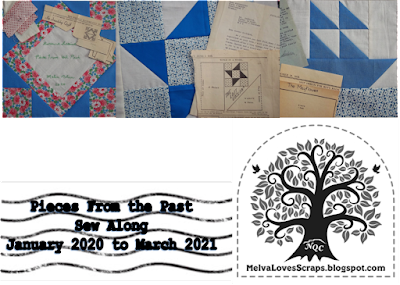 Email ThisBlogThis!Share to TwitterShare to FacebookShare to Pinterest
Labels: Pieces From The Past