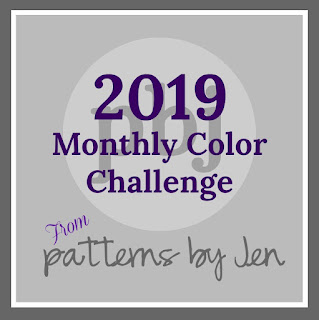 Jen at Patterns By Jen chose lime green as the color of the month.  Her inspiration for the color came from the Spider Mum. 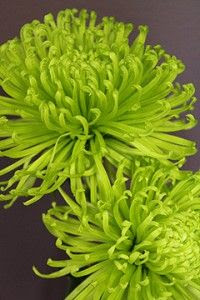 When I headed to my fabric closet I quickly learned that I had a very limited supply of lime green fabric... and NONE with large enough pieces to get 7" squares cut from them.  I vowed to NOT purchase fabric for this challenge, so I set the pattern aside for a week...

maybe in hopes that some would just reveal itself???

... or maybe in hopes that I would receive a random gifting of fabric from someone cleaning out a closet or stash of their own. It has happened a few times now, so it isn't completely out of the question.

As I finished some  other projects and blocks of the month, Jen's pattern soon arrived back at the top of the pile again. 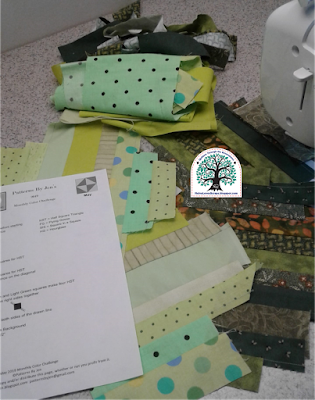 I once again headed to my stash of lime greens... Nothing new had come forward, but as I looked at them I thought of the All About Strings blog hop that I participated in back in March.... and the inspiration hit me!  Like a coconut on the head!  String piece the blocks!

As I prepped my 7" string pieced blocks, making two light and two dark, I had the silly little song pop into my head... 🎵You put the lime in the coconut and shake it all up 🎶

When our girls were teenagers and involved in youth group they had some very creative and energetic youth leaders who would plan fun activities like scavenger hunts.

They once did a photo scavenger hunt where they had a list of things to photograph and a disposable camera.  They were to find as many things on the list, snap a picture and then drop off the camera to the local photo developing place for one-hour developing.

Another time they did a video scavenger hunt with similar rules of having a list and a time limit.  When everyone had returned to the church they watched each team's videos to determine which team successfully filmed the list items.

The teams had to be really creative... I mean, how do you capture John 3:16 in a photograph?  Well, the team with the youth named Jon had it easy... they placed him in front of a store front with the address of 316.

How do you film a re-enactment of a miracle as told in the Bible?  You look for a shallow puddle and have one of the youth members walk in it.... giving the appearance of walking on water!  Lol!

The team that Dave and I chaperoned had three girls and two guys and they were quite a hoot!  In between all of the stops of the video scavenger hunt they were singing...  any guesses???

My hunt for lime green fabrics was a little like that youth scavenger hunt... I had to find the appropriate shades... AND I think it really captures the narrow petals of the flower. 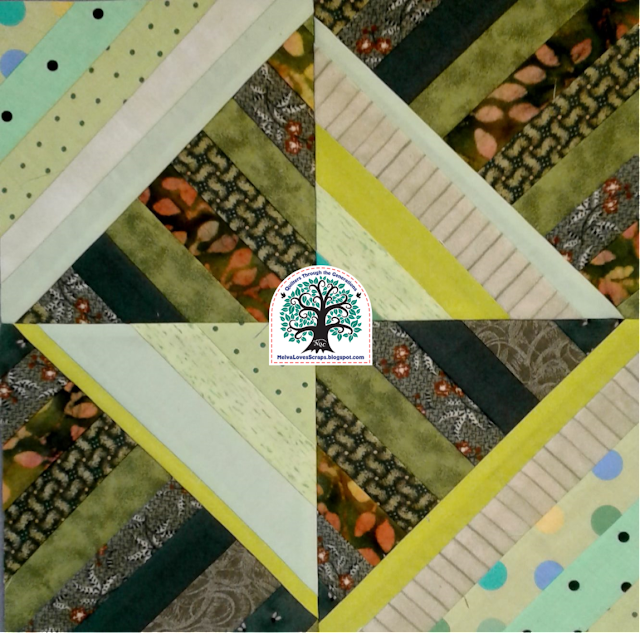 And if you google the meaning of the lyrics you get quite a colorful, as well as a variety of meanings and descriptions.  One stated that in Jamaica the combination is used to lower blood pressure!  Who knew???

But, the scavenger hunt thing got me thinking about how fun a Quilter's Scavenger Hunt would be during a shop hop or even a guild meeting.

Now, since my community doesn't have a guild and the LQS is Wally-World,  it isn't really something that I would be able to participate in.  And I have seen some scavenger hunts in a few magazines where you visit assigned websites and search for a particular item...  it just doesn't seem as much fun as participating in a hunt with friends and other quilters in person.

Have you participated in a Quilter's Scavenger Hunt?
What sort of items would you include in the hunt list?

Let me live vicariously through you... leave a comment telling me about your scavenger hunt fun!