I was in desperate need of some time in my studio a few weeks ago, but there was a list that seemed a mile long that had priority over my sewing time...

One of the items was grocery shopping.  **Sigh**

While I make weekly trips for perishables, the pantry (and the freezer) was a little low...

It was a week that included a scheduled work day for my part-time, part-time job.  (Not a typo, because I work every other Wednesday).  And we were preparing for our trip to visit Illinois.

I knew it was going to be a "big" trip to the store.  But I was able to locate some fabulous sales and some buys in the discounted meat section.  I picked up several large packages of chicken breasts and some beef roasts. 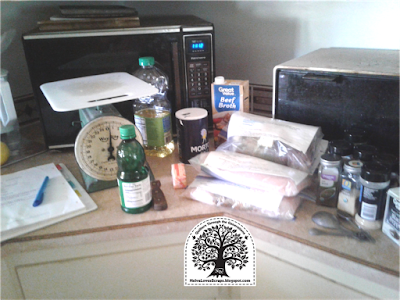 My original plan was to return home and head directly to my studio.  But since I had scored big in the meat department I decided to take the extra step of preparing some freezer meals.  While it meant that I would be delayed in getting to my studio, it also meant that I would have several days freed up because dinner required no attention other than simply needing to be popped into the crock pot with no extra time in the kitchen.

Just 30 minutes later I had six meals in the freezer, including one that would be used on my "work day", and those left-overs  I planned to be taken on our road trip.  Have I mentioned what a time saver this is???

So, what's for dinner? 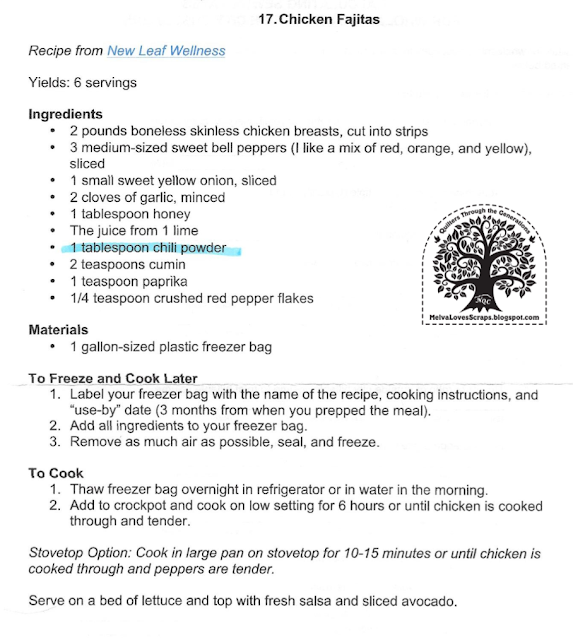 With the meals prepped, I finally wandered to my studio to get to work on my "Farmland" quilt.  This is a quilt I have wanted to make for a few years... it was just a matter of time and inspiration... and placing it on my 2018 goal list to get it done!  I made mention of it in March's UFO Blog Hop as well. 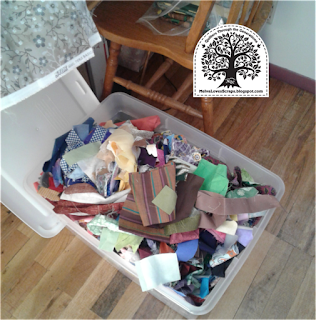 I drug out my scrap bin and started pulling out browns and greens.  I needed to make log cabin blocks and decided that some wonky blocks would be fun to use in this quilt.

Being creative can sometimes be messy and dis-organized! 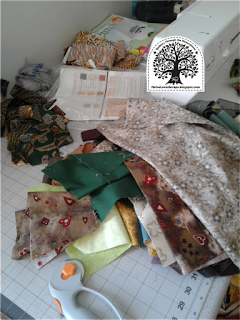 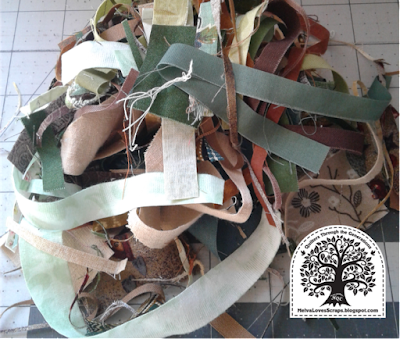 I made great progress, but that came to a screeching halt when I was one block short to finish the top...  Dang it!

What's a girl to do???  I fretted about it for the next few days and finally chose to use a block from some of the fabric I had intended for the backing.  I had plenty... and it kinda fit in... 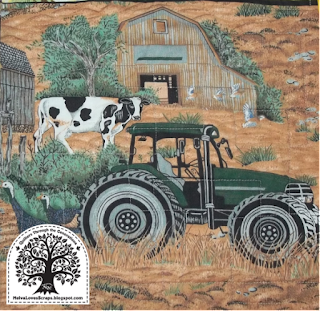 It would just have to do... 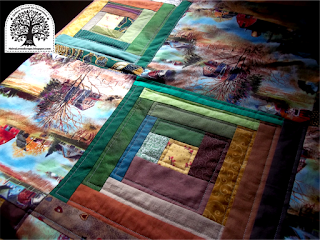 I got the borders on and finished quilting it just before it was time to leave on our road trip!

You can read about how to do a two-color binding technique here. 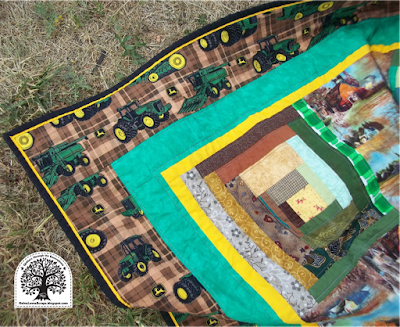 Now it would have been really fun to take the quilt along and do a photo shoot along the inter-state somewhere in Nebraska or Iowa with the fields of corn in the back ground... or at one of the farm implement businesses along the way...

Who knows - I may have even been able to sell it!

None the less... My tree  and our fence does a nice job of holding the quilt, don't you think? 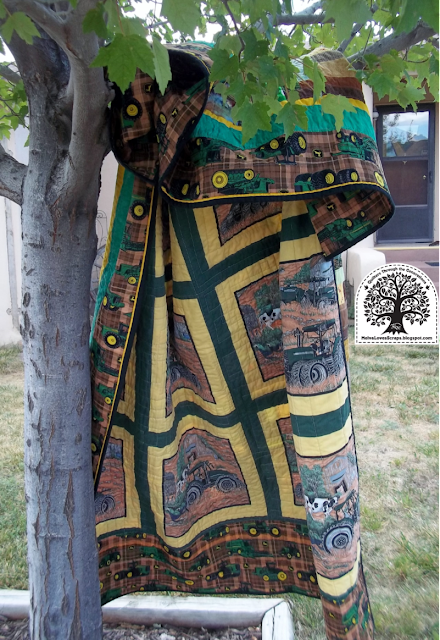 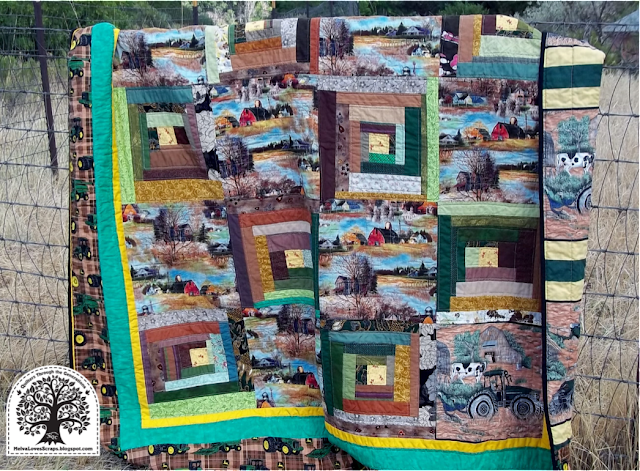 And that lower right block??? A little out of place... but adds to the character of the quilt. 😉

Would you have done the same thing?
Or something different???

Leave a comment and let me know.  I may face-palm myself with some of your suggestions and say "why didn't I think of that!?"; but I still want to hear them.

By the way, Kathy Harris was the winner of the recent give away I had.  Congratulations Kathy!  Your Remembering Our Past pattern is in the mail. 😀

Melva Loves Scraps - Home of the Quilters Through The Generations Series

Email ThisBlogThis!Share to TwitterShare to FacebookShare to Pinterest
Labels: No Guilt::Go Quilt