It's Tuesday... again!  This past week seemed to have flown by. 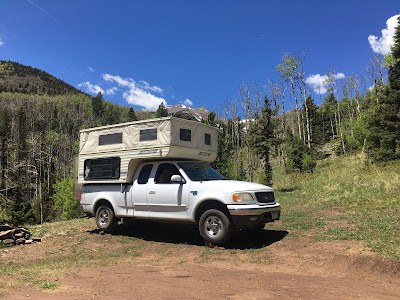 Probably because we did a little escape to the high country.  It was much needed and so cherished as we rested up.  I think one of my most favorite things about going camping is the fact that we find ourselves tucked away in bed at about 8 p.m to read until we just can't keep our eyes open and then waking around 6:00 a.m. as we listen to the world of nature wake up.

Below is the view we had for a few days.  My tensions and anxieties melt away just looking at it! 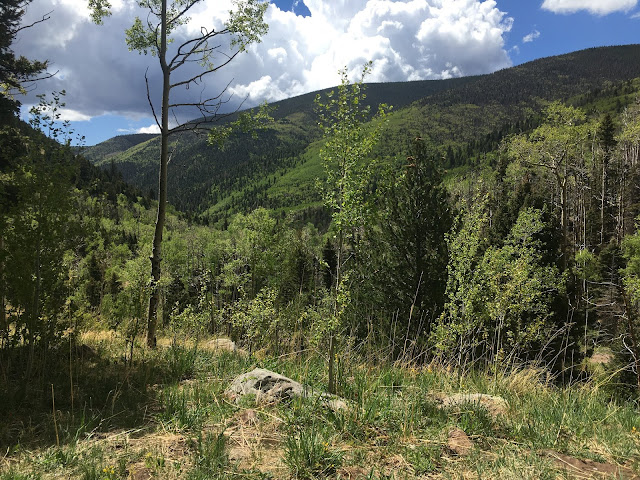 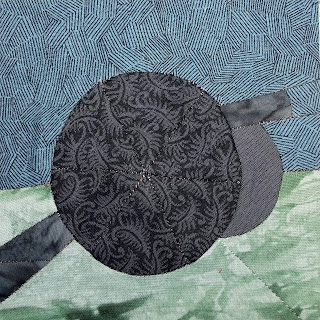 I took a EPP postcard block from Fiona Sandwich to work on for the camping journal... This is a cannon representing our visit to the Alamo in San Antonio in February.

We enjoyed a few visits to the creek with Shelby and she romped and jumped in the water. 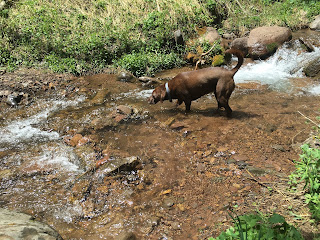 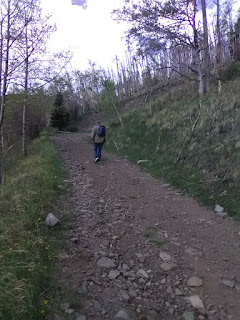 We hiked the road towards the top.  Notice I did not say to the top.  We tried, but we had to know our (my) limits and we turned back... Though we did make it further the second day because we were more determined.  I don't know how far we walked or the increase in elevation...

All I know is that my legs and feet were TIRED when we got back down to camp the second day.  And on our last morning my calves were screaming at me.  The steepness of the ascent and descent is what did me in.  Ugh... 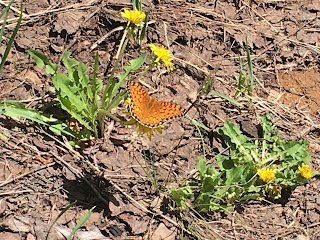 We had a little visit from a doe, and lots of butterflies... thankfully no bear, mountain lion or bobcats. 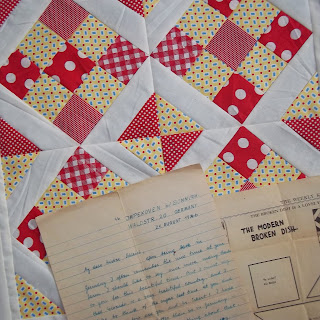 ✔Upon our return to home and wi-fi I checked in on the Modern Broken Dish post that had successfully posted, but soon discovered that blogger made some changes and I missed getting notifications of comments being made... I think I have it fixed. 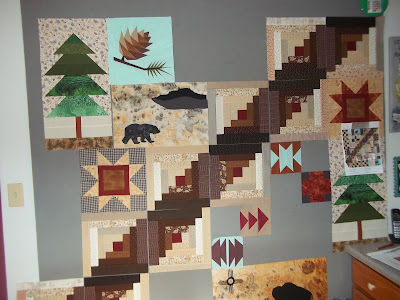 ✔I returned to the studio and continued with making the necessary blocks for the commissioned quilt...  three Sunflower star blocks, four of the southwest style 6-1/2" blocks and two 12"x24" tree blocks...it is coming along nicely.

I didn't make it to the third item on the list...  But two out of three isn't bad... I just didn't get to the block patterns...  We went camping instead!

Two block patterns written for the sew along.

This is the second week in a row that I fell short... thus my post title... Tuesday Two-Do.

Several months ago I saw another quilter on instagram asking followers what their "one thing" to get done in the week was.  I'll be switching to two To-do's.

The coming week will involve...

What will you be doing this next week?

Whatever your plans may be... find JOY in it!

To-Do Tuesday at Home Sewn By Us
Colour & Inspiration at Clever Chameleon Quilting
Mid-week Makers at Quilt Fabrication
Wednesday Wait Loss at The Inquiring Quilter
Put Your Foot Down at For the Love of Geese
Needle & Thread Thursday at My Quilt Infatuation
Creative Compulsions at Bijou Bead Boutique
Oh Scrap! at Quilting is More Fun Than Housework
Scrap Happy Saturday at Super Scrappy

Patchwork & Quilts at The Quilting Patch