Art With Fabric - Monet Blue & Give Away! 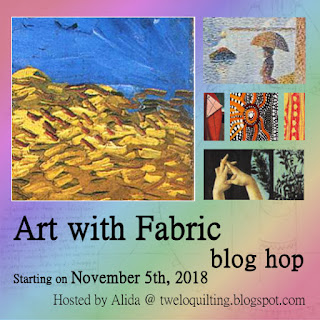 Welcome to the Art With Fabric blog hop hosted by Alida at Tweety Loves Quilting and welcome to Melva Loves Scraps!  Details of the give away will be at the end of the post, along with the links for all participants in the hop.  Be sure to stop by each blog and see the amazing inspired art they present.

If you are a first time visitor, I hope that you will take a little bit of time to look around my blog...

You can learn a bit about me on the About Me tab at the top of the page...

And you can get a brief tour of my studio on the Studio Tour tab...

And finally, you can enjoy all of the Quilters Through The Generations stories that I have featured.  {{BTW, I am currently seeking quilters that are willing to share their family's story of quilting.  If you are from a family of quilters and interested in having YOUR story documented and preserved let me know!}}

This hop has the special theme of "My Favorite Color"... And my favorite color is blue.  There is such a wide range of shades!

I did a  quick search for Monet and found that he used lots of blues.  So, with further research I found a 1985 Chicago Tribune article written by Larry Doyle that explained that it was likely linked to an eye problem...

"Late in his life, French impressionist Claude Monet, who died in 1926, produced a series of paintings most notable for the fact that they were very, very blue.

He may have been trying to make an artistic statement, or capture a particular mood. Or the reason the canvases were blue could have been because that was the only color Monet could see."

Dr. James Ravin, an ophthalmologist with an undergraduate degree in art history, has spent five years studying how Monet`s failing eyesight and visual difficulties affected his later work. He has consulted Monet`s letters to his eye surgeon, talked with art historians and examined a pair of Monet`s glasses.

In an article published in the Journal of the American Medical Association, Ravin discusses this influence on an acknowledged leader of the impressionist movement.

''The cataracts that blinded Monet were an important influence on the way he saw the world and the way he painted it,'' the article concludes.

Monet`s visual difficulties first became apparent when he was in his 60s, Ravin says, when his loose impressionist style began to blur even further. By 1918, Monet wrote a note to a Paris eye doctor to complain of the change.

My Grandma Teegarden was an artist.  Her specialty was china painting.  After her retirement from the University of Arizona she returned to campus as a student.  She earned her Bachelors of Art the same year that I graduated from high school.

As an art major she had to study all mediums of art, including watercolor, oils, acrylics, still life, portraiture, abstract, pottery, etc.  In the end, china painting was still her forte.  And our family has an abundance of china!  She too had cataracts in her advanced years.  Following her surgery in the 1990's she was in awe of the brilliance of colors and commented that she had not realized how dimmed colors had slowly become.

Monet noticed a dramatic change after the operation. The cataracts, which had formed a yellow-brown filter on his right eye, had been removed and now

''Monet was able to see colors he had not seen for years, particularly violet and blue tones.''

Ravin explains that similar to a person who has been in darkness for a long time and then goes out into the sun, Monet saw the new colors as brighter than they were.

''I see blue,'' Monet told his physician in 1924, a year and a half after he had cataracts removed from his right eye. ''I no longer see red or yellow. This annoys me terribly, because I know these colors exist.

''It`s filthy. It`s disgusting. I see nothing but blue.''

Here is a screen shot of my "Monet Blue" search... 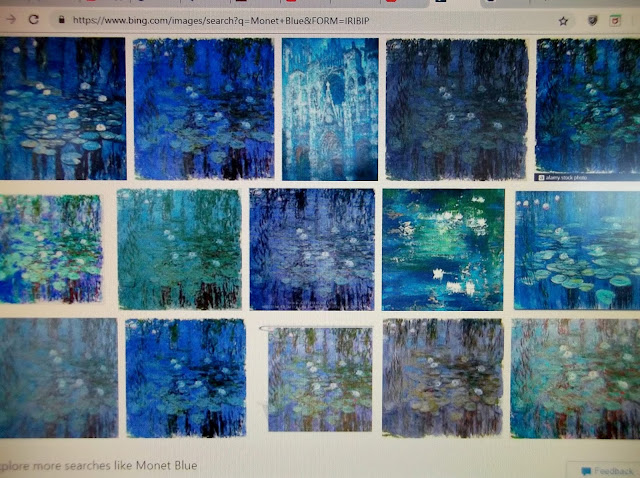 And... here is my Monet Inspired Mosaic quilt... 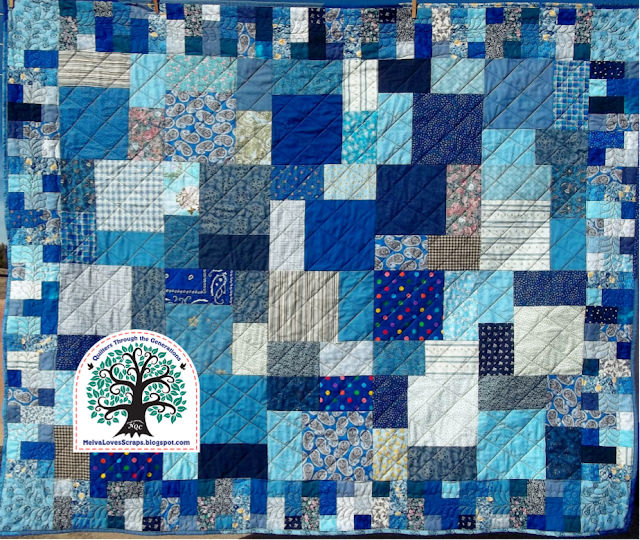 The block pattern I used were 12" blocks and happens to be one I drew out myself while still in my early quilting career years. 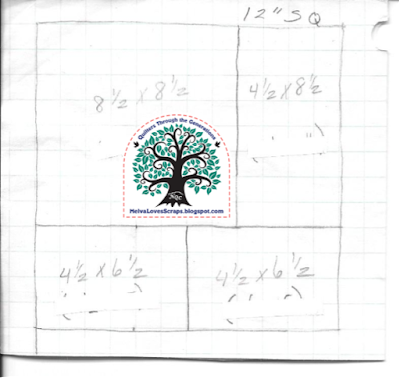 The pieces are designed to be off-set so that matching seams is not a problem.  In fact... I try to never have the same sized blocks opposite each other (I however failed in this one... can you see it?)  I didn't notice it until I was marking the lattice quilting lines on it!  And I was not going back to rip out one block to remedy the problem... 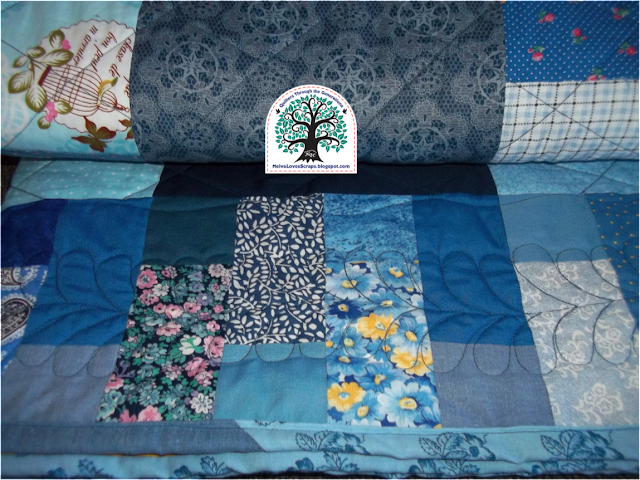 The back features blue butterflies bordered with bright yellow...
I love that the feathers pop on the back! 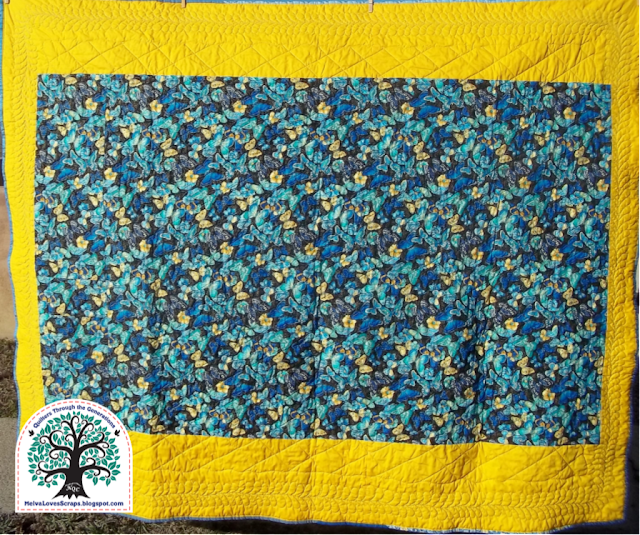 A few weeks ago my mom sent me a devotional that talked about a quilt being a useful work of art.  I have struggled at times in frustration because many people do not see quilting as art... They view it as a hobby or a craft... and then someone goes and calls a quilt a blanket... **ugh!** **deep breath**  I am sure I am not alone in this.

If you are a quilter, repeat after me... "I am not just a quilter.  I am an artist."  Thank you Alida for coordinating this Art With Fabric hop!

Now is the time to give the details of the pattern give away!  Simply leave a comment telling me what your favorite color is before November 12th. 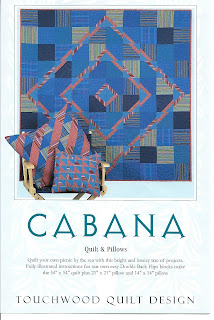 And don't forget... check out all of the other Art With Fabric posts!