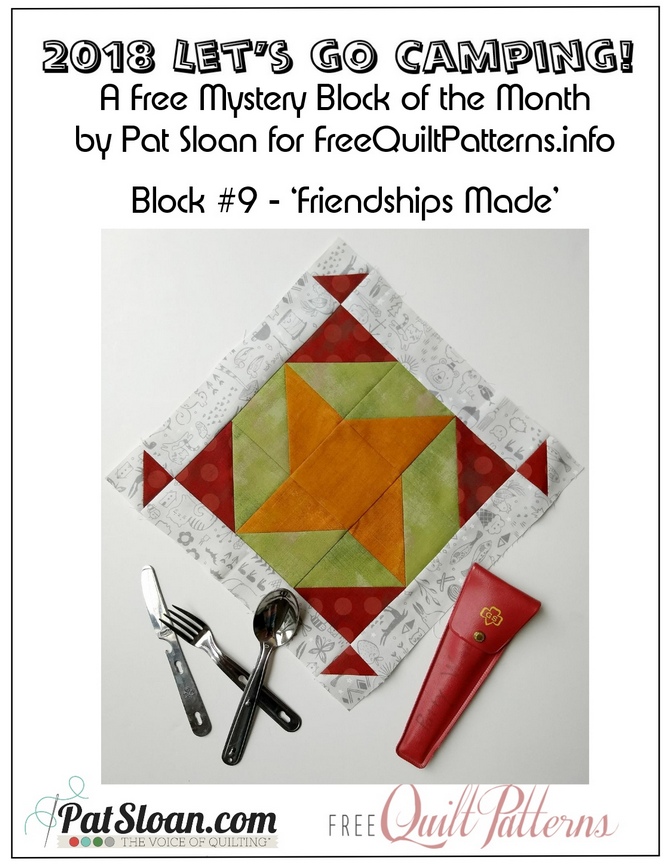 Friends made while camping have a special bond... most of the time because it involves laughter, dirt and lack of sleep.

While I was in Girl Scouts, I never got to experience Girl Scout camp... I did enjoy several youth retreat weekends that did involve laughter and lack of sleep, but not dirt.  This is from an Up With Youth event held in Estes Park in 1983... 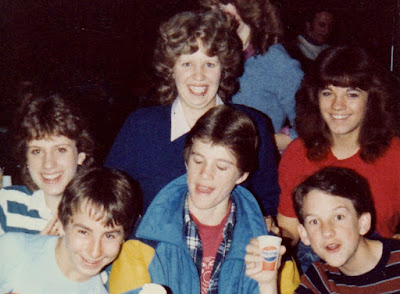 Both of our daughters participated in Girl Scouts (I was even a Daisy and Brownie Troop leader) and both went to Camp Elliott Barker located near Angel Fire, NM.  Our oldest, Heather, had desired to have a horse.  So she signed up for the horseback riding camp so that she could learn about caring for the horses as well as improving her riding skills.

The next year she signed up for the Outdoor Program Aide camp... (she may have decided that caring for a horse was way more work than she had originally thought.  😉)  The OPA program was training to be a member of the camp staff.  She and all the other OPA girls got to pick their camp names... they said it was easier for the younger campers to remember "silly names" than the actual names... I think there was a bit of privacy offered with the camp names as well.  She chose Tigger as her camp name. 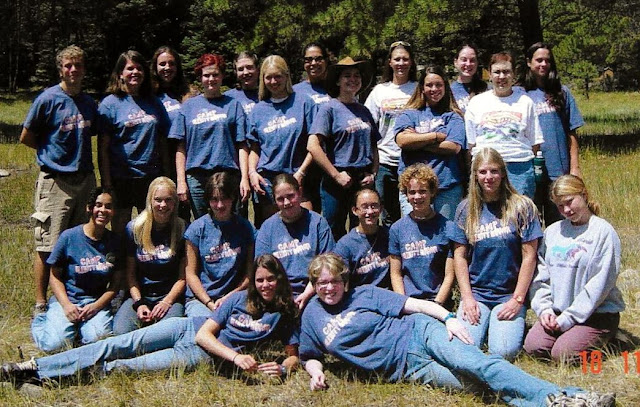 She participated for two years as a camper and when she was 16 she became a junior counselor and was part of the paid staff.  She knew all of the camp songs, she was trained in first aid, fire starting, orienteering, etc.

She loved the independence of being away from home for 2 months... I'll be honest... I struggled a little with that (yeah, yeah, yeah... I  struggled a lot!  She was only 16!)

They would have a ten-day session followed by a two-day furlough.  And she didn't always come home.  It was a two hour drive home... a few times she opted to go to a friend's place that was "closer".  Like I said, I struggled a lot! 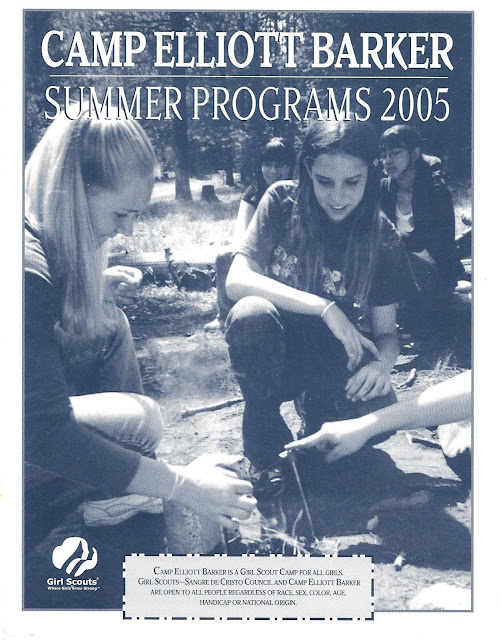 None the less, she gained great experience in handling all of her laundry and other needs and emergencies of life.

She was even a cover girl for the camp schedule one year!!!


I love the fact that Dave and I were able to encourage both of our girls to strive to be leaders, and upstanding citizens, contributing to the future of our world.

Heather has not stayed in touch with any of the other young ladies that were counselors while she was at Camp Elliott Barker, but I know that she holds those memories as special times in her mind. 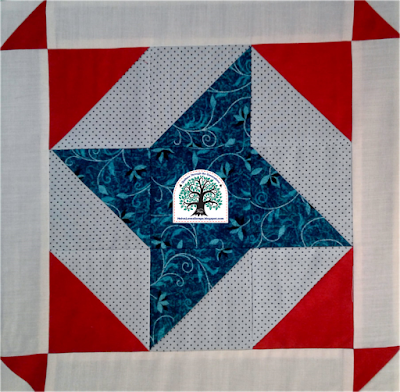 When I asked her about her favorite memory from camp she said,

"The camp outs! Not necessarily the sleeping in tent or cabin with 3 walls

but cooking over a fire, making s'mores, and singing songs!"

Make new friends, but keep the old...
One is silver, and the other gold.
A circle round that has no end
That's how long I'm gonna be your friend.

Did you go to Girl Scout camp or Youth camp? Did you make life long friends?
Leave a comment... I'd love to hear from you. 💖

Linking with:
Let's Go Camping with Pat Sloan
BOMs Away at What A Hoot Quilts
Main Crush Monday at Cooking Up Quilts
Linky Tuesday at Freemotion By the River
Let's Bee Social at Sew Fresh Quilts
Midweek Makers at Quilt Fabrication
Wednesday Wait Loss at The Inquiring Quilter