Just over two years ago our niece and her husband welcomed a bouncing baby boy...  It was a joyous day for them and his big sister, as well as the rest of the family.

As the birth announcement arrived, we (Dave & I) were apparently knee deep in something called life, and I failed miserably as the "aunt that showers all with quilts" and didn't get one made and sent to him. 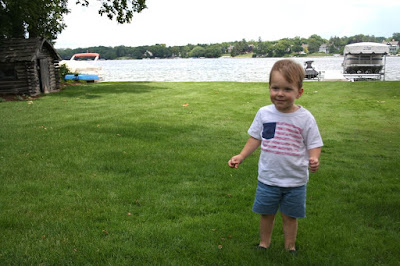 The even bigger fail was that it wasn't until his second birthday that I realized this!!!  I set forth with a mission to create a special quilt for Ford - All things boy was my goal... 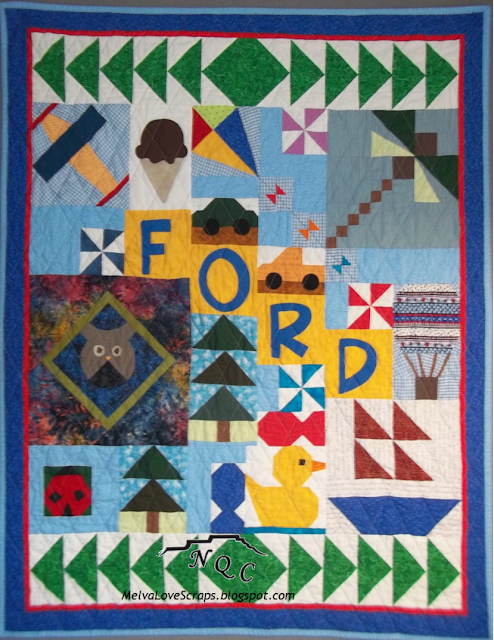 Little Ford (actually, that should be big - over 10 lbs at birth!) shares the birthday of his Great-Grandma, Sandi Nolan, who passed away in 1995.

And because he shares the birthday with his great-grandma, and she loved and collected owls, one of the first blocks I made represents her.

His Mom (Jessie) shared with me that Ford has a special love for ducks... check.

I also know that his Mom loves dragonflies and ICE CREAM! (that is "we all scream for ice cream") - she needed to represented as well... check, check. 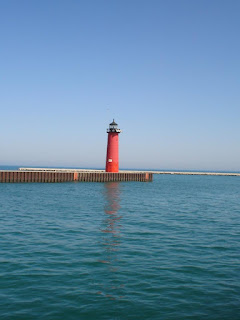 The family lives in Kenosha - "One of Kenosha’s most appealing features is public access to Lake Michigan. You won’t find highways or industrial buildings on the lakefront. Instead, the shoreline near downtown consists of miles of beaches, parks, walking trails, bike paths, and festival grounds."

Here are a couple pictures from our visit five years ago... 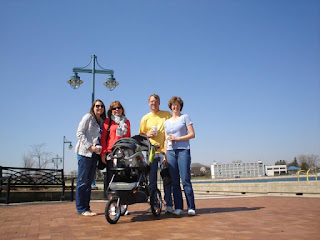 A lighthouse may have seemed obvious, but a sail boat seemed more appropriate for a little boy.


I am certain that somewhere along the line  Ford will become familiar with Dr. Suess (if he isn't already)...One fish, two fish, red fish, blue fish!  These little fish were inspired by Karen over at Tu-Na Quilts.

His Grandma Hopp loves lady bugs... and they are supposed to bring good luck. 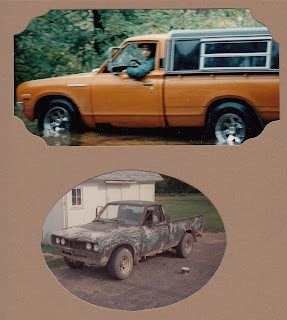 Ford's Great-Uncle Dave "once-upon-a-time" owned an orange truck... Jessie may remember that it was used for hunting - a lot!... so it became camouflaged. (Our girls loved to use it as a chalk board)

As I write this, I realize the car in the quilt should have been a little Chevette - that is what Ford's Mom and Uncle were escorted around in by their parents when they little.

But, seriously, what little boy doesn't love to play with cars and trucks??


The hot-air balloon, pin wheels and air plane are some traditional things that little boys enjoy playing with...

The Kite, as I made it, brought back to me the stories of Dave & many of his siblings... their Mom (Sandi) would occasionally tell them when they stated that they were bored to "Go fly a kite"... another nod to Great-Grandma. 😉 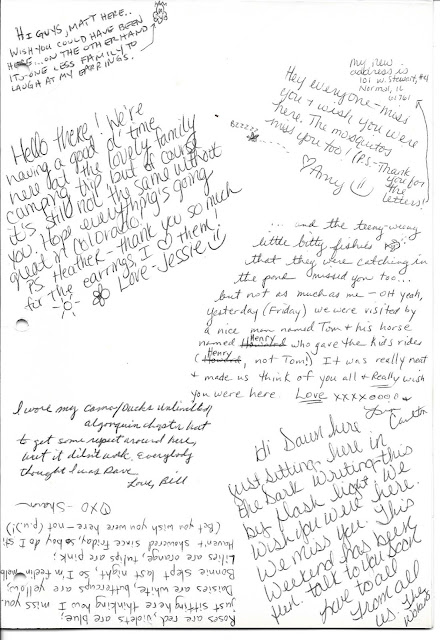 The pine trees were fun to add... Ford's mom, Jessie,  enjoyed camping.  There were numerous "family camp outs" that involved S'mores, dough boys and laughter.  Here is one of the "camp letters" we received from everyone after we had moved to Colorado from Illinois... Such memories!

And to wrap up this quilt, the backing features the character from Dora the Explorer, Diego.  Jessie & Jon met and were married in San Diego.  They even have a cat named Diego... It was meant to be! 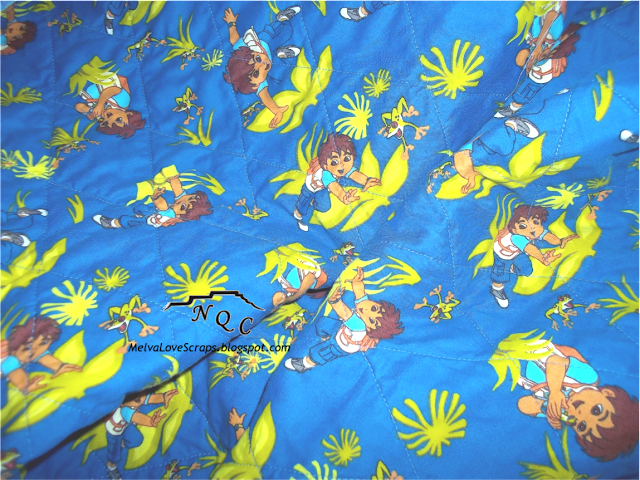 Many of these blocks came from QuiltMaker magazine or their 100 Block publications... and some of them I just made up as I went along, based on the size of space I needed to fill, like the the fish blocks

So, there you have it... All things that a boy loves!  I hope that Ford will love them too!  All with a special story and memories that represent a few family members.

What sort of "boy blocks" would you include?

Linking up with The Inquiring Quilter
Posted by Melva at 11:33 AM