Year End Spool Count & Give Away!

It was three years ago that I came across a quilter/blogger that had saved all of the spools that she had emptied throughout the year.  It was for her own personal tracking and I started thinking "I wonder how many I have used."  And thus began my tradition of counting the spools at the end of the year.

Ever since then I have had an old Solitaire Coffee jar on my sewing table to hold my spools through out the year. 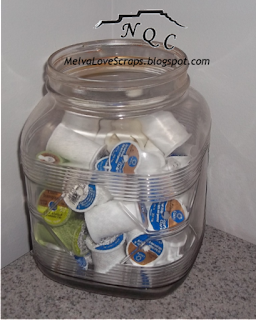 Though the jar is not as full as it was last year, I still did just as much quilting with 20+ finishes.  So, how can it be that I have fewer spools? 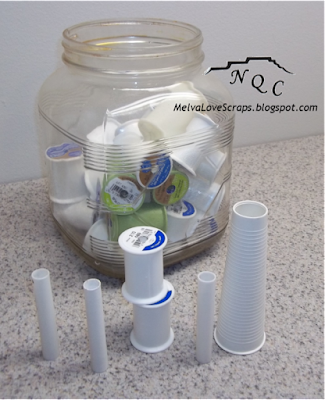 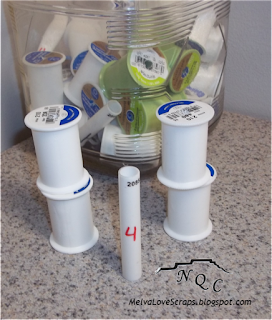 Not a really big deal, but I wanted to be able to give a fair comparison to last year so I noted on the spools how many they were equal to of the smaller "normal" spools. 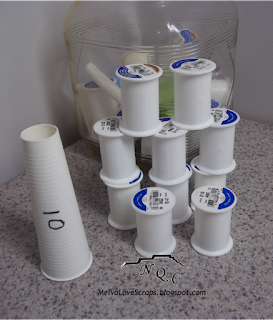 So my final count...  How about I have you guess!  {I  had stated above that I had done just as much quilting... When in reality, when I looked back at last year's final count I was down.  What happened?}

The person with the closest guess, without going over, will be the winner and receive a packet of 5 quilt patterns. If you have a favorite type of technique that you prefer, let me know and I will see what I have... These are all patterns that were passed on to me from another local quilter.  The collection has a variety of styles ~ modern, traditional, applique, paper pieced, large and small quilts. 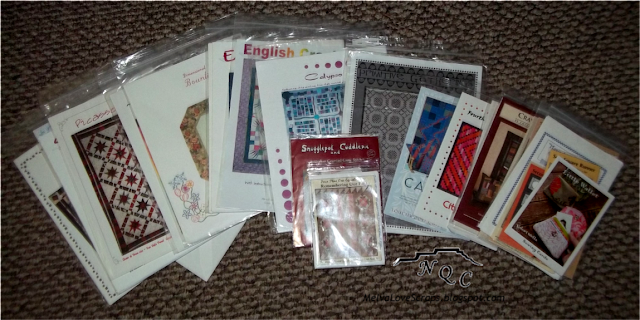 I will even throw in a copy of Quiltmaker's 100 Blocks - Volume 14.  This is the issue that my block "To Have and To Hold" is published. 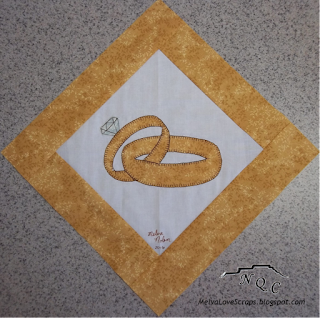 Leave a comment below with your guess of the actual number of empty spools I finished the year with before January 3rd - I will do a random drawing for the winner.  (If you are a no-reply blogger, please be sure to leave your email address in your comment so that you can be notified, if the winner.)