A few weeks ago as I worked on a wall hanging made from a hand-painted piece of fabric from Africa... 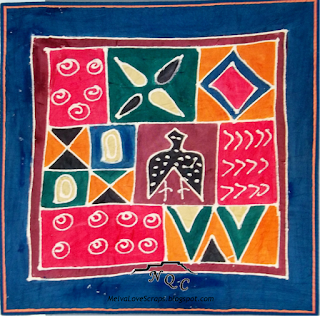 I realized that over the years I have developed a love for fabric from other countries.

Now, I am not just talking about fabric made in China or anything like that.  I mean fabric that is used for native clothing or hand painted and batik dyed fabrics. 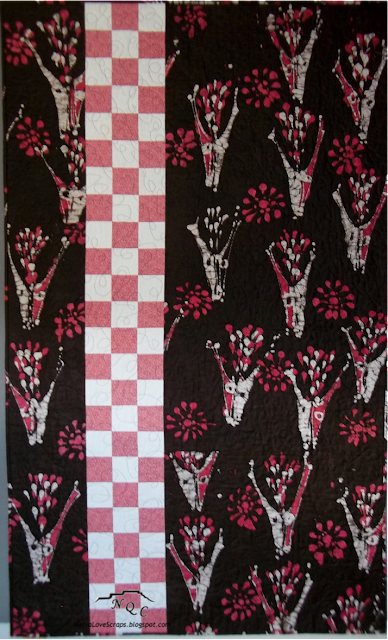 One of the quilts I made had a very modern feel to it...  As you can see with the large animal skull print and flowers it never would have worked to cut it up into small pieces.  The entire look would have been lost.


The next few featured fabric from Indonesia.  I finished this quilt that had been started by another quilter.  I completed the borders and quilted it to look like ripples on a pond from a duck. 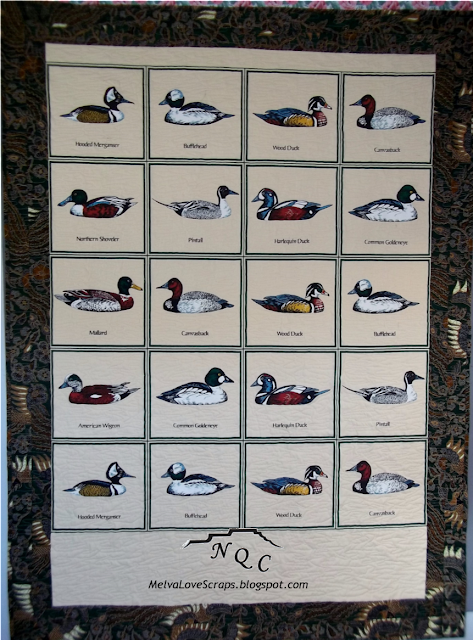 I then used two other pieces as borders for some very special memory quilts for a friend's grand-daughters.  Their Mom lost her battle with MS and left four young girls, as well as their dad.  I had donated some blocks to a group on facebook that collected blocks for MS.  They then assembled the blocks into quilt tops and auctioned them off.  My friend purchased the two that featured her daughter's picture on them.  I then made two more so that all four girls got one. 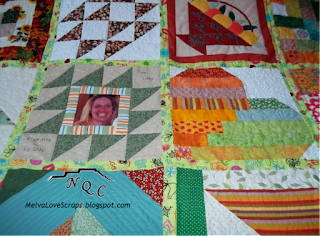 These quilts feature a photo block of their Mom. 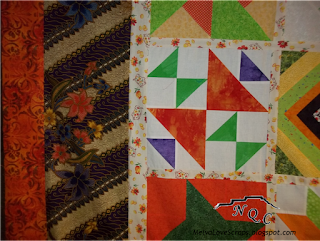 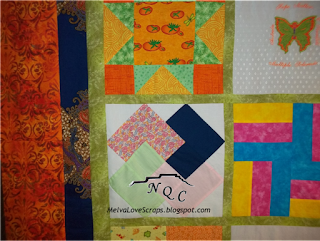 So earlier this year one of Dave's customers was planning a trip to Africa for a Safari hunt.  I mentioned to his wife that I would love a piece or two of some sort of fabric from a street market.  The wall hanging (above) and this one is what she picked up for me... 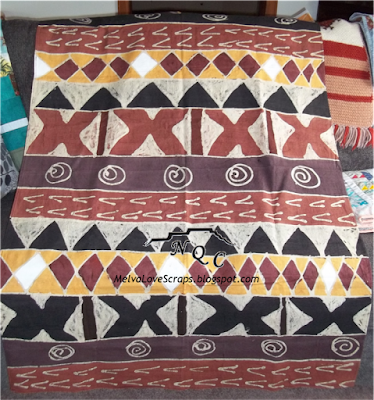 But as I reflect back a few years, I guess my love for fabric from various areas really isn't something new...

Our two daughters were in Girl Scouts and had traveled to Florida and returned home with some typical souvenirs for us - which was nice - I mean they thought of us, right?  A few years later they were able to travel to Hawaii for 10 days.  This time I told them to return with some sort of fabric item - A skirt, wrap, scarf... anything that I could sew.  {{Dave requested some sort of consumable, edible item... I think he got macadamia nuts and coffee?? }} 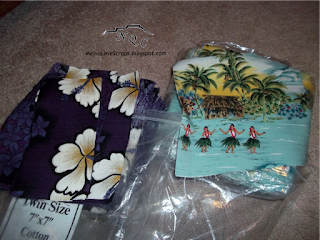 Success!  They both brought back packs (a large stack) of 7-in squares Hawaiian print fabric.  I have gobs and gobs of the blocks left!  LOL!

Each of the girls got a quilt made with them....  I have one quilt.... And I have given at lease three others away as gifts... as well as used some of the blocks in other scrappy quilts!

So, even though I haven't traveled far, far from home (I have made it a few miles across both the northern and southern borders of the US) I have been blessed with the opportunity to enjoy some wonderfully made, beautiful fabric from other countries.

Should I ever get the opportunity to travel abroad, I will definitely be on the hunt for some special souvenir fabric!  How 'bout you?

See what other quilters are talking about at Quilter Blogs